Many of us are glued to our screens, as we follow developments in Ukraine. News of sanctions, human stories and images of conflict are dominating the front pages, but the effects of the invasion are rippling far and wide. The impact on the energy sector is already being felt around the world and commodities are harder to come by, but another industry is set to be affected. In this guide, we’ll explore the potential effects of the Russia/Ukraine conflict on the technology sector.

For most people following technology news in the aftermath of the breakout of conflict in Ukraine, the focus has been on cybersecurity, attacks and detecting and plugging vulnerabilities. It is no secret that Russia is a renowned leader in the field of cyber warfare and Western countries have been braced for hacks and attacks since murmurs of an invasion began weeks ago. Officials have warned citizens, as well as authorities and organisations, of impending threats and the rest of the world has tightened cyber security to try to reduce risks.

The implications of the conflict in Ukraine include a surge in cyber attacks, urgent calls to strengthen defences and pleas to rally together to nullify threats. Forbes suggests that within 48 hours of the conflict breaking out, there was an 800% increase in cyber attacks. Security agencies are on high alert, instructions have been issued to help people and businesses enhance security quickly and there is a sense of community within networks working to spot and snuff out threats and defend critical systems.

Wider implications for the tech industry

The threat of cybercrime looms large, but this is by no means the only consequence of the conflict between Russia and Ukraine. There are broader concerns to consider, and as each day passes, the effects become more widespread and profound. Here are some points to consider:

Before the conflict started, Ukraine was a hotbed of tech talent. The country has emerged as a hub for innovation, and the industry was thriving. Technology now accounts for more than 4% of GDP, which is a marked increase from a decade or even five years ago. Statistics suggest that Ukraine exported almost $7 billion in IT services in 2021. This represents a growth of 36% between 2020 and 2021 (source). There are reported to be around 240,000 tech specialists in Ukraine and the country was home to more than a hundred R&D sites.

The conflict is likely to cause major disruption to the technology industry in Ukraine, but it will also impact international customers. Figures show that 20% of Fortune 500 companies use Ukrainian IT services. As shelling continues and Russian troops encircle major cities, tech hubs and clusters will undoubtedly be compromised. The extent of the damage will not be known for weeks, months or even years.

The cost of living is another subject that is inescapable in the news at the moment. We all know that the conflict has already impacted energy and fuel prices and the cost of food is also set to soar, but will the fighting in Ukraine affect technology costs? Will it be more expensive to buy services, appliances or devices? Economists suggest that there is a risk of prices rising due to the situation in Ukraine and the political isolation of Russia. Nations across the world have imposed unprecedented sanctions, which have hit the Russian economy hard. As Russia is a major producer of raw materials, including oil, wheat and palladium, global prices are expected to increase.

In the world of technology, one of the most significant developments to monitor is the cost of palladium. Russia supplies around a third of the world’s palladium supplies. Palladium is used to manufacture semiconductor chips, which are found in a huge range of consumer electronics and appliances ranging from smartphones and TVs to computers and cameras. It could take a while for price rises to filter through to customers, but they could increase in the future.

How will tech companies react?

Every day, there are developments in terms of how organisations and global brands are reacting to the conflict in Ukraine. Several tech giants have suspended sales in Russia, introduced limits on features and systems, such as ApplePay, and closed stores, offices and outlets temporarily. Among those that have publicly condemned the conflict and expressed support for Ukraine are Apple, Google, Microsoft, Snap and TikTok. Netflix and Meta have also suspended operations in Russia.

The stance technology companies take could impact the way customers perceive brands and influence the way they shop in the future. There has been a public outcry for global companies that were slower to react than others, for example, Coca Cola and McDonald’s, to close stores and ban sales in Russia, with some customers threatening to boycott brands that didn’t respond to the situation. It is possible that consumers will gravitate towards those that share their views and stay away from businesses that were not quick to offer their support to the Ukrainians and take action in Russia.

In addition to expressing solidarity with Ukraine and shutting down operations in Russia, it is important to note that some tech companies, most notably social media platforms and Apple and Google, have stepped up efforts both to reduce security threats and help those affected by the humanitarian crisis. Google, for example, has updated its Search and Maps features to provide assistance for people looking for information about seeking asylum and refugee support.

The impact of the Russia-Ukraine conflict is becoming increasingly apparent in terms of the humanitarian crisis in Ukraine and the rising cost of fuel and energy, but it could also be felt in the tech industry. The risk of cyber attacks is rising, there is widespread fear over security and Western countries are on high alert. The conflict could also have broader implications, including rising costs for buying electronics and devices, shaping customer perceptions of tech companies and setting Ukraine’s thriving, prosperous tech industry back. Nobody knows what the future holds, but it is becoming increasingly clear that this conflict will have profound, far-reaching consequences. 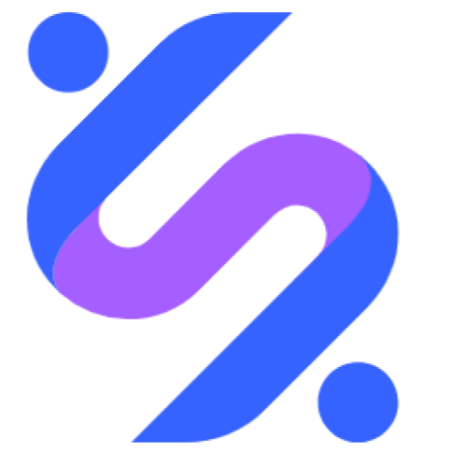 Where We Are With 5G